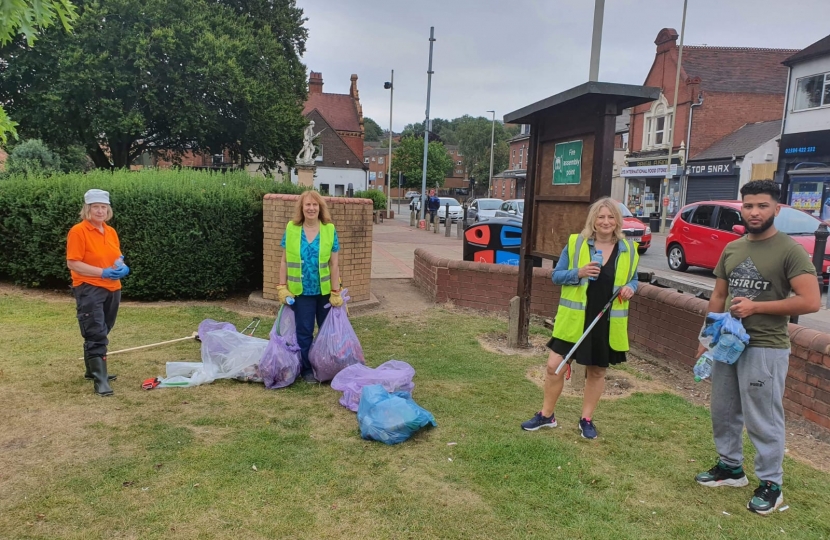 Local campaigners have been asking for CCTV in Lye following incidents of anti-social behaviour and regular fly-tipping. Since being elected in December, Suzanne has supported these calls.

As part of Dudley Council’s project to renew CCTV cameras across the borough, Lye will be one of the towns to receive new cameras following the replacement of existing camera’s elsewhere in the area. Deployable cameras will also be made available to install in hotspots to combat emerging issues such as fly-tipping in different areas.

“Residents in Lye want action to tackle the issues that are being raised daily. Fly-tipping is clearly an issue which I have seen first-hand during recent visits to. CCTV is an important step to combat this illegal behaviour.”

After discussing the concerns of the local community, Suzanne is also planning to meet with Dudley Council officers to discuss an action plan to clean up and invest in Lye.

“It is evident that Lye has been under-invested in over some time. There are various issues because of this, some are simple such as the need for more maintenance in the High Street, whereas others are more complex such as the need for real investment and regeneration in the area.

“I would like to see an action and investment plan for Lye developed in conjunction with residents. Working together with the community I hope that we can achieve positive outcomes for the area around the High Street and the wider area.”

Local investment and regeneration are one of Suzanne’s priorities for Stourbridge after the COVID-19 pandemic; with projects in Stourbridge Town Centre and Cradley also high on her list of topics that will be raised with Dudley Council in future meetings.

New statistics showing the huge Government support to self-employed workers in Stourbridge have been welcomed by local MP Suzanne Webb.