Levelling Up Bid for Lye Announced 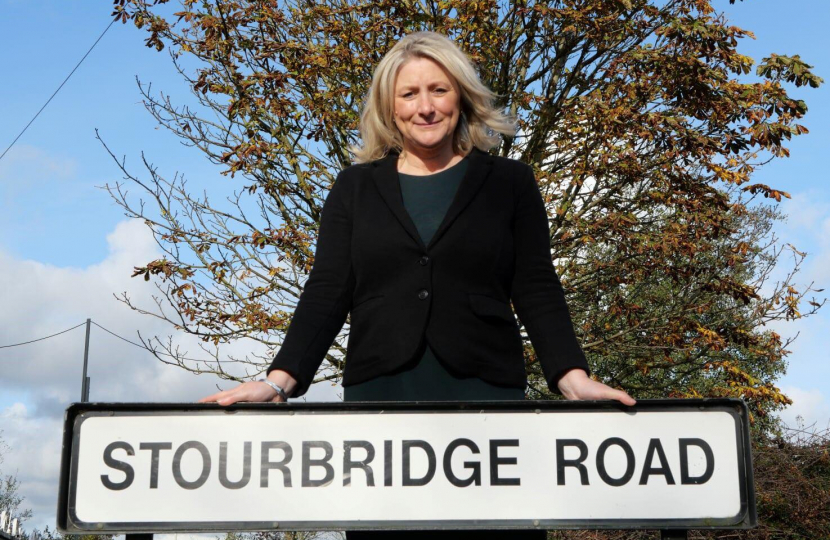 Today, ambitious £20 million plans to level-up Lye were announced as part of a bid for a share of the Government’s £4.8 billion Levelling Up Fund.

🛣️ A two-way Lye Bypass to reduce the amount of traffic down the High Street while improving air quality.

🚧 Improvements to junctions along the A4036 to allow better and smoother traffic flow.

🚉 Better pedestrian connections from the train station to the High Street.

You can find out more information about the measures included here.

Along with Dudley Council, I have consulted widely in Lye on what people want to see happen - including my survey of residents’ views where 84% of respondents viewed ‘investment in local roads’ as ‘important’ or ‘very important'.

It was great to work with Dudley Council to create this vision of what Lye can be based on what residents want and I enthusiastically endorse these plans.

Regenerating Lye cannot be done overnight and there will be more work to do to make sure it’s a place people want to live, work and visit. This bid is vital to addressing Lye’s issues, and we will continue to build on these plans in the future to reinvigorate the area.

I am going to work my socks off in Westminster alongside the Council and other organisations to make it a reality with a successful bid to the Levelling Up Fund.

The bid will be submitted in July and a decision is due this autumn. I will keep you updated on the outcome.

The people of Lye have been let down by their local Councillors who haven't been able to bring investment and regeneration to the area. Lye used to be, and should continue to be, a regional attraction for people to come and experience the various pubs and restaurants in the town.