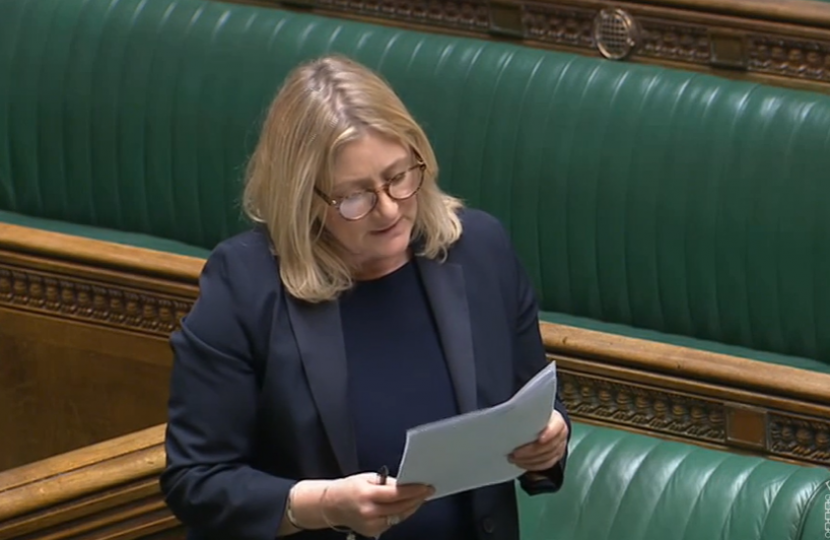 Once again, I and other Conservative Members are having to rise to oppose a motion from a party that is playing the blame game rather than offering solutions to support families, and overlooking what is really happening.

Over a year ago, the Government promised the British people that we would do whatever it takes to provide security and stability during the pandemic and in getting over it. That is exactly what we are doing, and we are delivering. I am acutely aware of the challenges that my constituents currently face with the cost of living and rising food and energy bills. This is an international issue that countries everywhere are facing.

I am surprised that the Opposition decry the Government for presiding over “falling wages” and a “lack of job opportunities.” Was it not this Conservative Government who introduced the national living wage in 2016? Was it not this Conservative Government who raised the national living wage to £9.50 this year? Stourbridge has seen a 28% drop in the adult claimant rate and a 40% drop in the youth claimant rate since last March.

I am surprised that the motion laments the Government’s supposed “tax hikes”. The Government will continue to be the Government of low taxes. [Laughter.] Don’t take my word for it—just look at our record over the past decade: an effective £1,000 tax cut to 2 million low-income people on universal credit; a council tax rebate for over 86% of households in the west midlands; fuel duty frozen for the past 10 years. The facts are there. The Opposition stood on a manifesto that the Institute for Fiscal Studies said would create the biggest tax burden since world war two, so I will not take any lectures or noises from them on taxation.

It is disappointing that the motion regrets the Government’s “failure to tackle the energy crisis”.

That is another example of political point scoring. Labour’s short-term sticking plasters are superficial solutions that will do nothing to help families facing rising energy bills in the long term. We need to be honest with people. A VAT cut on energy bills will not be effective—it would disproportionately benefit wealthier households. A windfall tax on oil and gas firms will not cut energy bills—it will merely be passed on to consumers down the line.

I am pleased that this Government are being honest with people by proposing practical policies to support families with rising energy prices. All households will receive a £200 rebate on their energy bills this year. Eight million pensioners benefit from the £2 billion winter fuel payment scheme. Those are facts. More than 2 million low-income households receive a £140 rebate on energy bills as part of the warm home discount, and 4 million vulnerable households receive cold weather payments. Those are real solutions that will provide real support to those who most need it.

Let us not forget launching the £500 million household support fund to support low- income households with the cost of food, utilities and wider essentials to lessen the cost of living pressures. We are a Government who are committed to supporting low-income families, spending £110 billion on welfare support for people of working age in 2021-22 to ensure that the lowest paid are supported.

Covid-19 has tested our economy in a way that few of us, if any, have experienced before. The Government have been operating and developing policy in unparalleled times and at unprecedented speed. They have a keen eye to preserving employment and productive capacity to ensure that the engine rooms of our great economy have the support that they need to recharge our return to economic normality, and that has worked. This Government are providing the tools to enable, facilitate and empower us all. This Government have a sense of fiscal responsibility.

I have lost my last page, which was my power statement, but never mind. Millions of the most vulnerable in our society are receiving billions of pounds in support from the Government. This is a listening Government who offer unprecedented support that will benefit everyone in the country.

Earlier this month, the All-Party Parliamentary Group (APPG) on 22q11 Syndrome which I am proud to chair held our Annual General Meeting in Parliament. that is working to raise awareness of a genetic condition.