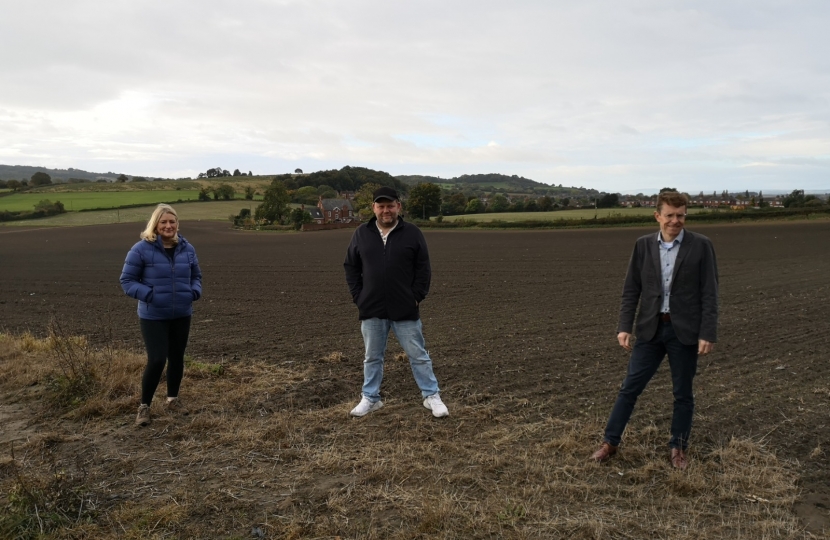 I would like to see a brownfield first policy on development. I believe that the region should adopt a brownfield first policy so these unnecessary proposals can be stopped. I have always believed very strongly in building on brownfield sites before any green belt site can be considered. It is my belief that there is more work to be done to identify brownfield sites in the Dudley Borough. In this way, the homes earmarked for the sites could be built elsewhere, preserving precious green belt for residents. Not only does this preserve existing green belt sites, but it also regenerates and invigorates areas that have often been left to decay or have at the very least been grossly underused. In my view, extra resources deployed to identifying and analysing brownfield sites would considerably outweigh the damage that could be done to green belt land. Evidence has also shown that building on these sites is often quicker than building on green belt sites.

That is why I am campaigning with local residents, Conservative councillors, and West Midlands Mayor Andy Street to prevent any development on the green belt sites in Stourbridge that have been designated for development in the Draft Black Country Plan so that Stourbridge's green belt is protected for future generations to enjoy. You can read my response to the Draft Plan in the attachment below.

Following the public consultation on the Draft Black Country Plan and the publication of responses, I am delighted that the Green Belt land at Wollaston Farm has been saved from the development of 90 homes. This is a victory for local residents who value this precious piece of Stourbridge countryside and were overwhelmingly against development on the site. I would like to thank local Councillors Nicholas Barlow, Steve Clark, and Alan Hopwood, and local campaign groups and campaigners for their tireless work campaigning against development – as well as Dudley Council for listening to residents.

The Draft Plan still includes plans to build 115 homes adjacent to Worcester Lane in Pedmore. This Green Belt land enhances the character of the area. People value the green space dividing Hagley and Pedmore, and many move to the area for its benefits. Similarly, visitors to the area are attracted from nearby Birmingham and Wolverhampton to enjoy the more rural surroundings. That is why I will continue to campaign for this precious land to be protected from development.

On this page I will post updates about the progress in my campaign to protect our green belt and other green spaces in the community.

Have your say on the future of Corbett Meadow

The draft plans for a housing development on our treasured Corbett Meadow are now in the public domain.

Whilst no planning application has been submitted, you are invited by Church Homes to comment on their draft plans.

I am delighted that the Green Belt land at Wollaston Farm has been saved from development and removed from the latest version of the Black Country Plan.

I asked the Minister at DEFRA Topical Questions about what can be done to ensure that Corbett Meadow is protected from development and the benefits of green social prescribing.

Meeting with the Save Corbett Meadow Action Group

Always good to meet up with the Save Corbett Meadow Action Group and councillor Paul Bradley.

We met on Saturday to discuss next steps.

I also have a DEFRA question in the Chamber later this week and Corbett Meadow is what I will be talking about.

Stourbridge MP Suzanne Webb has met with the Save the Corbett Meadow Action Group to thank them for all their efforts to protect the local green space.

The group met to discuss the proposals in the Black Country Plan, which is set to give the site the same protection as Green Belt.

My thoughts on the Black Country Plan

I am really pleased that Corbett Meadow will be designated local green space and be afforded the same protection as Green Belt in the plan. This is something I have campaigned for with local people and it is great news.

However, there are some disappointing proposals too.

What steps he is taking to support housebuilding on brownfield land.

The MP for Stourbridge has met with activists and the local community to discuss the future of Corbett Meadow in Amblecote.