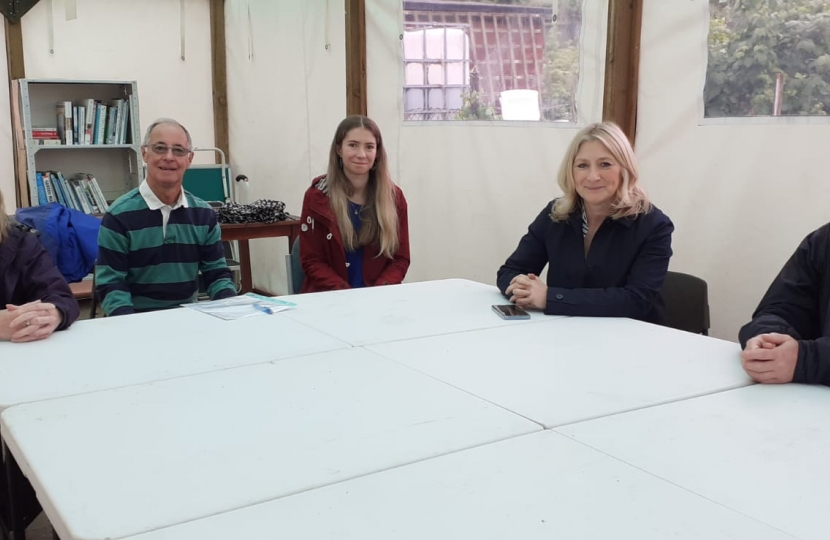 Stourbridge MP Suzanne Webb has met with the Save the Corbett Meadow Action Group to thank them for all their efforts to protect the local green space.

The group met to discuss the proposals in the Black Country Plan, which is set to give the site the same protection as Green Belt.

The ancient meadow has recently been under threat from developers and there were fears it could be built on in the future.

Suzanne has consistently supported the group and she continues with her agenda of brownfield development first to protect the green open space and green belt.

“This is a brilliant day for Corbett Meadow and those who have worked tirelessly to help protect it,” said Suzanne.

“It was important to safeguard the land because this original, untouched part of Amblecote has significant archaeological, ecological and community value.

“Hopefully, this proposal will make the final local plan in 2024 and the meadow will now have much greater protection from developers than it has ever done.

“Until then it is not set in stone and we cannot be complacent but this is great news and a relief for residents.

“Many thanks to the group and to local Amblecote councillors Paul Bradley, Pete Lee and Kamran Razzaq for all the hard work on this important local issue.”

A spokesperson for the group added: "It is very welcome news that the Draft Black Country Plan, which is to be considered by the council's cabinet, rightly rejects the prospect of housing development of Corbett Meadow and proposes its designation as a Local Green Space.

We trust that the cabinet will support the proposal and look forward to working with the council in taking matters forward.

“However, this is no time to be complacent as prospective developers continue to hover. We will be mustering support once the consultation opens and invite others to join us in the continuing fight to save the Corbett meadow from housing development.

“The Meadow was a gift to the people of Stourbridge by John Corbett and it should be managed in the public interest as he intended."

To many people in Stourbridge, the green belt is a vital part of life. Providing beautiful landscapes to enjoy and experience and acting as a vital green barrier to stop urban sprawl, I recognise the important of the green belt in our area.