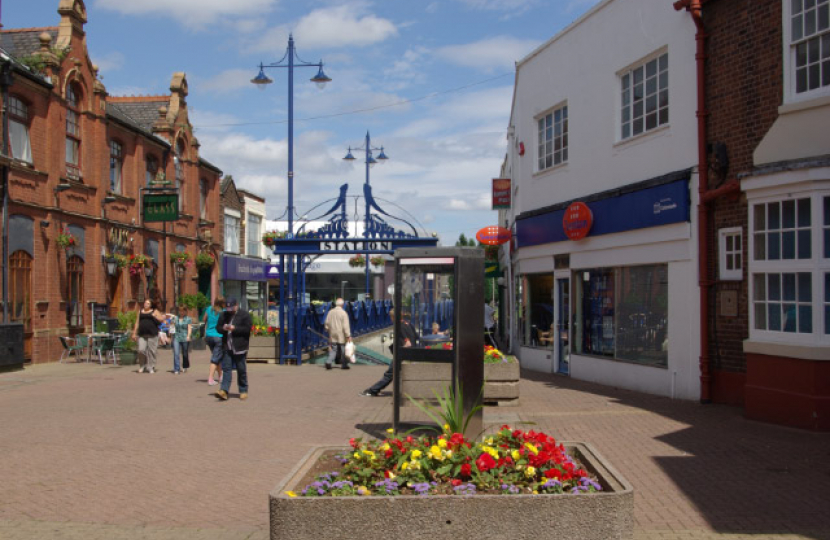 Around 10,600 families in Stourbridge are now starting to receive the first £326 of government support to help with cost-of-living pressures.

The money is due to hit eligible bank accounts between now and 31 July as part of a £37 billion national support package.

A second instalment of £324 will be given in the autumn. This support, totalling £650, it will make a big difference Separate payments for pensioners and disabled people will also arrive later this year.

When this money is combined with other support, it means millions of low-income households across the UK could receive at least £1,200 from the government by Christmas to ease cost of living pressures that we are all very concerned about.

There have been very sharp rises in the cost of food, petrol and energy in part due to the war in Ukraine and in part because of global supply chain disruption caused by the pandemic. These are global forces no government can do much about.

However, I know many people are struggling and this targeted support for those who are most vulnerable will continue into the winter period and it is the right thing for the government to do.

In addition, around 8,400 people in Stourbridge will receive the £150 disability payment this autumn, and over 8 million pensioner households nationally could get an extra £300 from Winter Fuel Payments in November and December.

I have now moved from my position at Parliamentary Private Secretary (PPS) at the Minister of Defence to become an Assistant Government Whip.

I am delighted with the new challenge in the Whips’ Office but sad to leave my old job. The Defence Secretary and his team have stayed together to ensure the UK’s military response to Russian aggression in Ukraine was consistently delivered.

I am proud to have been part of that team and I would like to thank Ben Wallace and the ministry for their brilliant work these last months. I am also proud to say that I remain in the team as their departmental whip.

Recess is soon to be upon us and MPs will be returning to their constituencies. Of course, this does not mean our work has ended and I will be out and about across Stourbridge over the summer meeting people, going to events and supporting anyone in need. This important work never ends. I hope I will see you over the next few weeks. I wish everyone a good and not too hot summer.