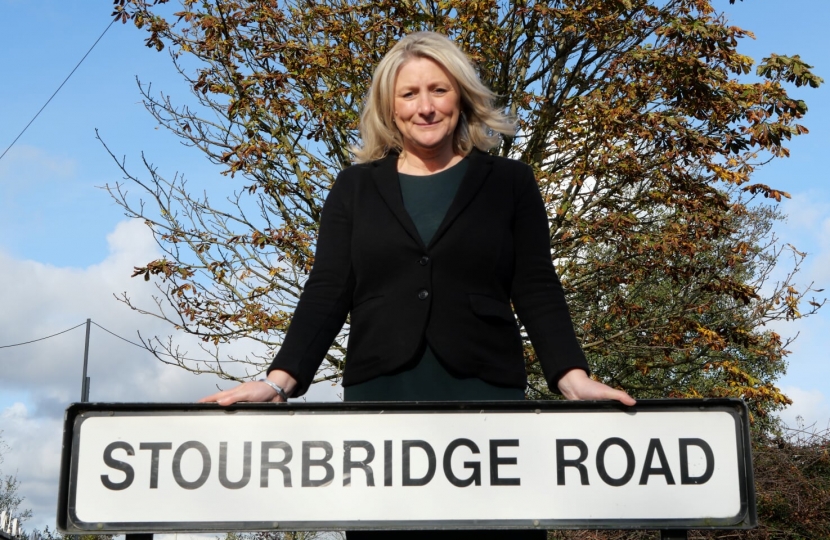 Suzanne Webb, Member of Parliament for Stourbridge, has welcomed plans to recognise key workers fighting the coronavirus epidemic that will be considered at a future meeting of Dudley Council.

Councillors confirmed that key workers would be considered for the prestigious ‘Freedom of the Borough’, that has previously been granted to notable figures local figures like Lenny Henry and Military units such as RAF Cosford.

In a written question to The Cabinet Office, Suzanne asked what discussions the Secretary of State has had with Ministers on introducing formal recognition by the Government for the heroic actions taken by key workers during the coronavirus outbreak.

Responding, Chloe Smith MP referred to an answer given by Michael Gove that “the Government will ensure recognition is both timely and appropriate and is reflective of the profound gratitude the nation feels towards everyone on the frontline.”

“I am delighted that Dudley Council has put forward its own proposals to recognise the contributions that our NHS, care staff and key workers during the last few months. Every single one of them truly are heroes for their efforts.

“It is encouraging to see that the Government are also considering what can be done to honour those people who have put others’ lives ahead of their own during this crisis.

“I hope that the recognition of these heroes will be paired with a national celebration of the achievements of those key workers, alongside remembrance for those who have sadly passed away with the virus.”

Suzanne recently ran her own online campaign to recognise unsung heroes during the coronavirus outbreak. She was inundated with nominations for people across the constituency who have gone above and beyond to help others during the COVID 19 pandemic.

On those nominees and the people featured on her social media, Suzanne said:

“I am honoured that such an inspirational group of individuals live in Stourbridge. During the pandemic we have heard some heart-breaking stories, but this campaign was about celebrating life and the contributions made to help others.”

Suzanne Webb, Member of Parliament for Stourbridge, has welcomed the “bold and decisive” plan set out by the Chancellor to save many jobs in the wake of the COVID-19 pandemic.