My Statement on Boris Johnson's Resignation 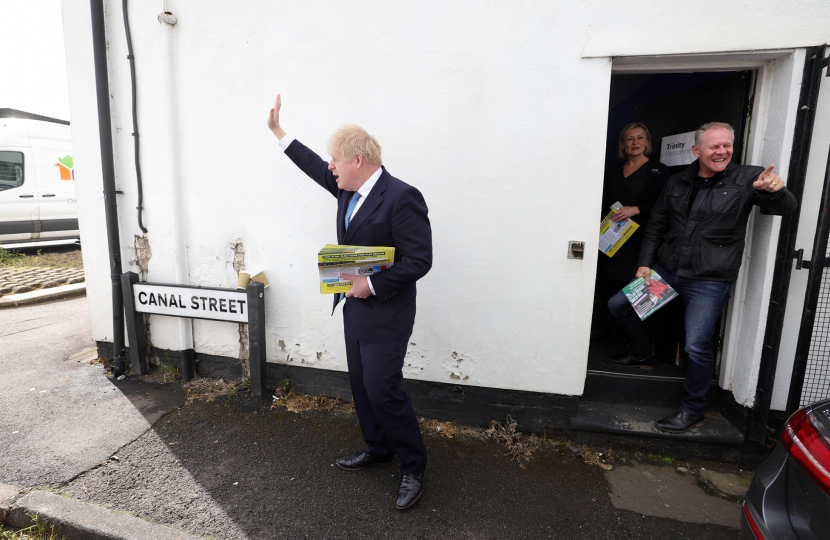 I am very sad and very disappointed at the news of the Boris Johnson's resignation.

However, I do understand the Prime Minister’s position had become impossible.

Boris Johnson has achieved much in some of the most challenging times this country has faced in generations - getting Brexit done, dealing with a pandemic, and facing down Putin over his invasion of Ukraine.

And this leads me to an important point. My junior role in government is Parliamentary Private Secretary at the Ministry of Defence. I was never going to resign from my position while Putin remains in Ukraine. My loyalty is to the Defence Secretary and his vital work keeping this country safe. I remain loyal and I continue as his PPS.

My number one priority since I was elected has been delivering for the people of Stourbridge. In 2019, 27,534 people voted in Stourbridge for the Conservatives and Boris Johnson.

We could not have anticipated the pandemic, the war in Ukraine, and the subsequent cost of living crisis. However, despite this, Boris has delivered a world-leading vaccine rollout, tackled the Brexit deadlock, struck new free trade deals, cut taxes for hard-working people, stopped the possibility of a socialist Corbyn government, and secured the most significant Conservative majority since the 1970s.

However, there's still work to be done. We need to see an end to illegal immigration and people smuggling across the English Channel, we need to continue to get more police back on our streets and deliver on our manifesto pledges.

Britain is facing a very challenging time and it's vital that areas like this constituency are not left behind.

The next Leader of the Conservative Party and our future Prime Minister needs to be someone who can make the right call on tough decisions, deliver on our manifesto.

Whoever that may be will have my loyalty to deliver for the people of Stourbridge, just as the previous Prime Minister did.

It’s now time to move on. There will be a leadership election that will start next week and conclude over the summer.

My primary focus continues to be doing all I can for the people of Stourbridge.