My Speech Opposing the Rail Strikes 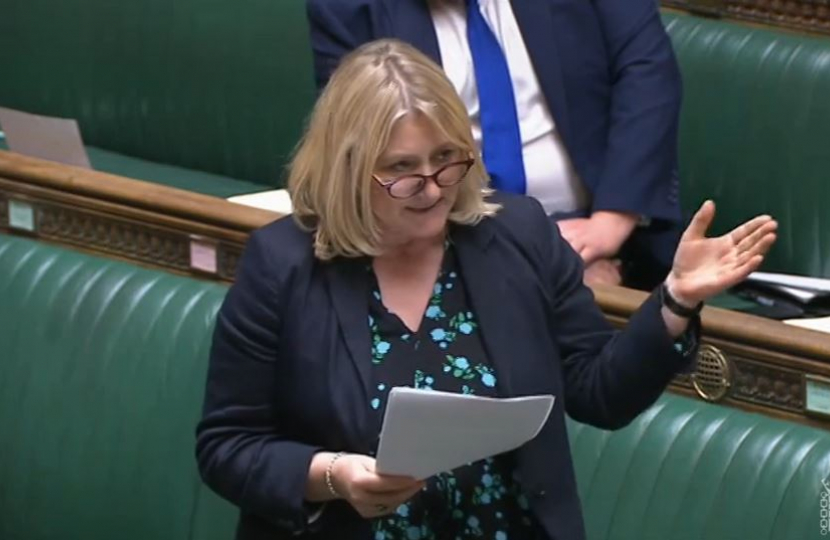 I recognise the vital role that railways play in driving the midlands engine and condemn the disruptive strikes planned for next week.

Excuse the pun, Mr Deputy Speaker, but the question is: who is the Fat Controller? Is it Labour or the unions?

I am deeply concerned about what Labour’s motives are for not coming out and publicly condemning the strike and about the unions’ motives for having this strike now. They appear to thrive on the disruption the strikes will cause. It is as though they wish to destabilise the country for their own gain. The contempt they hold for the public concerns me greatly.

What will the strikes do?

They are a gut punch for people and businesses. Industrial action will not just torpedo our economy; it will wreak havoc with people’s plans and livelihoods.

Pupils unable to take their exams.

Festival-goers and sports fans unable to see their favourite acts and teams.

And a grieving family in my constituency who have campaigned tireless for justice for their son now unable to travel down to London next week to meet the Under-Secretary of State for Justice, my hon. Friend Tom Pursglove, to discuss how he can better support victims’ families.

It is an indulgent strike with a human cost.

What is Labour’s position on these strikes?

Well, they cannot make up their minds!

As has been said, the shadow Health Secretary said he would vote to go on strike if he were an RMT member.

The Leader of the Opposition has his head buried in the sand.

And his Deputy dodged a question in a BBC interview on whether she supported the strikes, saying that she had a train to catch.

Next week, there will be no such trains for Labour Members to use to run away from the simple question: are they for or against the strikes? The British people deserve an answer.

Others have spoken of the donations to the Labour party by the RMT. Labour Members say they are on the side of the workers and preach solidarity, but solidarity with whom?

The only people Labour Members are in solidarity with are their union puppet masters. It seems like the RMT and Labour are at platform 9¾ when it comes to the strike and its impacts, yet back in the real world it is working people, businesses and pupils who will bear the brunt. While global cost of living pressures continue to bite, this strike is deeply damaging. We cannot have a railway system that is a steam locomotive in an electric age. Times are changing and the rail system needs to change too.

I call on Labour and the unions to side with working people and stop this strike.