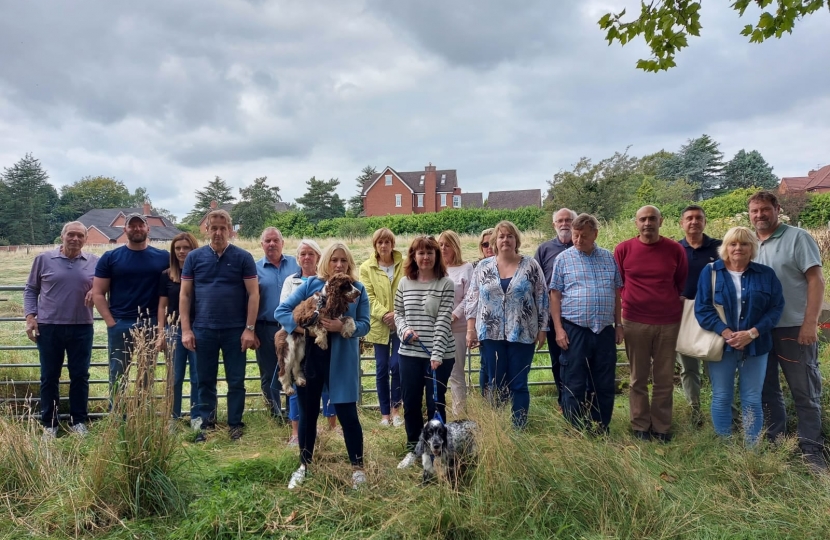 Today I gave my views to the Black Country Plan proposals and said that residents are opposed to building on greenfield sites at Pedmore and Wollaston Farm.

I added my own opposition to the proposed building of 90 homes at Wollaston Farm and 115 homes on land adjacent to Worcester Lane.

Residents had been almost universally negative about the plans when she had spoken to them.

I have always believed very strongly in building on brownfield sites before any green belt site can be considered. It is my belief that there is more work to be done to identify brownfield sites in the Dudley Borough. In this way, the homes earmarked for the sites could be built elsewhere, preserving precious green belt for residents.

Not only does this preserve existing green belt sites, but it also regenerates and invigorates areas that have often been left to decay or have at the very least been grossly underused.

In my view, extra resources deployed to identifying and analysing brownfield sites would considerably outweigh the damage that could be done to green belt land. Evidence has also shown that building on these sites is often quicker than building on green belt sites.”

She also explained she was concerned about urban sprawl into Dudley Borough and infrastructure pressures if extra housing is built on greenbelt away from existing services.

Services are under pressure in and around Stourbridge, so much so that any increase in population could push at-risk infrastructure past a tipping point,” she said in her letter.

The two greenbelt areas identified in the draft plan were much-loved and needed green spaces that made a difference to residents’ lives.

The Wollaston site is a green oasis in an otherwise built-up area. To build here would be to remove access to rare green space in a heavily residential area.

In Pedmore, the sites enhance the character of the area. People value the green space dividing Hagley and Pedmore, and many move to the area for its benefits. Similarly, visitors to the area are attracted from nearby Birmingham and Wolverhampton to enjoy the more rural surroundings.

My four-page letter has now been submitted to the consultation, which ended this week.