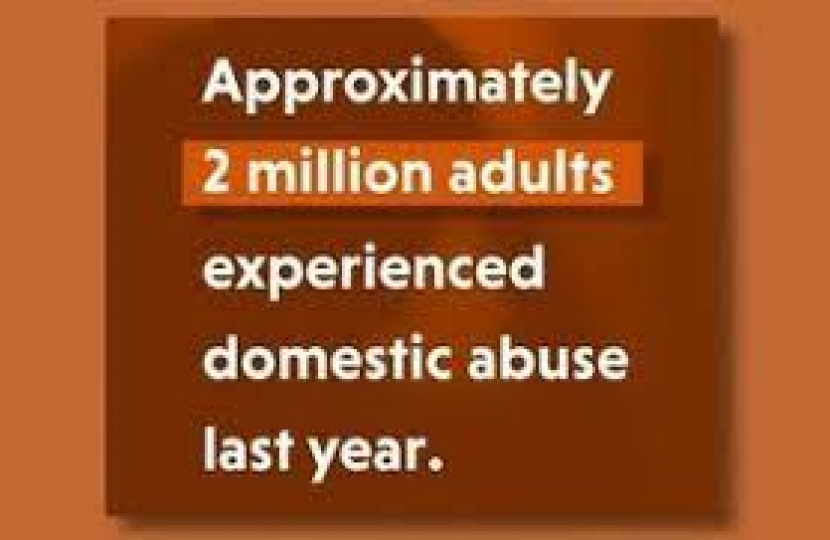 Stourbridge MP Suzanne Webb said today the Domestic Violence Bill, which is about to become law, will strengthen protection for victims and close legal loopholes for abusers.

Other provisions include widening the list of evidence to prove abuse has occurred to include a letter from a doctor or an employer, and recognising children as victims of domestic abuse too.

“This bill becoming law demonstrates the Government’s commitment to making sure victims of domestic abuse receive greater protection and that those who are abusers receive punishment for their crimes,” said Suzanne.

“I am pleased legal loopholes will come to an end, including the rough sex defence. The five-year jail term for anyone convicted of the new specific offence of non-fatal strangulation, which is often used by abusers but is hard to prove when no injury is found, is also very welcome.”

Suzanne added strengthening legislation around controlling or coercive behaviour to make it no longer a requirement for abusers and victims to live together will further protect those at risk.  The Government found evidence that those who have left abusive partners often still suffer from controlling behaviour.

She also praised the work of local domestic abuse charity SODA founded by Samantha Billingham which supports women, children and men who are experiencing domestic abuse.

“This bill is a ground-breaking piece of legislation recognising that, for too long, some abusers have been getting away with their crimes through loopholes or ineffective existing legislation. It has received cross-party support and will make a big difference in the years to come for many victims,” she added.

Stourbridge MP Suzanne Webb has met with the Home Secretary in Westminster to discuss the Nationality and Borders Bill.