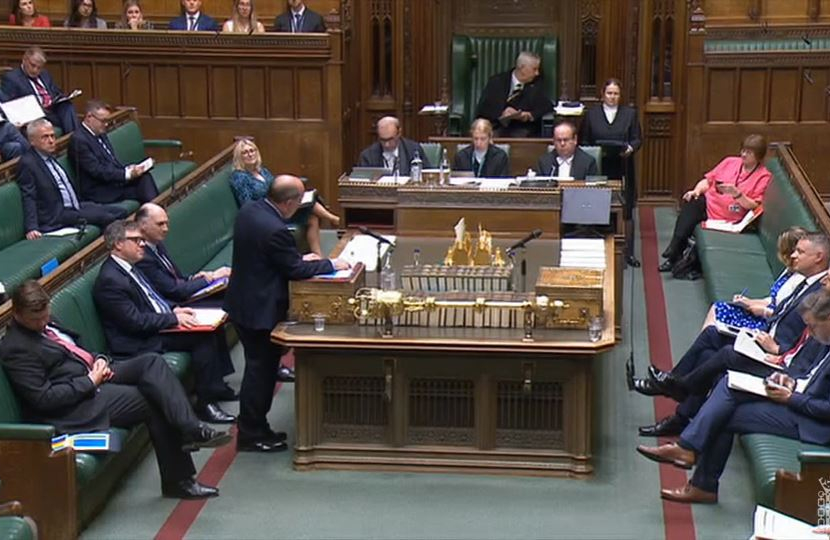 A lovely shout out today during Defence Oral Questions and my second outing on the front bench with Team Defence.

May I congratulate the Defence Secretary and his team on ensuring that there has been continuity in defence while the rest of the Conservative Government have collapsed in chaos? Let me also say, lest this prove to be their last session of oral questions in their current jobs, that whatever our other disagreements, the Secretary of State’s cross-party working on Ukraine has helped to ensure that the UK has strong, unified support for the Ukrainians.

Let me thank the right hon. Gentleman—my opposite number on the Front Bench—and, indeed, the whole House for the cross-party support on Ukraine. I also thank my team, my hon. Friends the Members for Wells (James Heappey), for Horsham (Jeremy Quin), for Aldershot (Leo Docherty) and for Stourbridge (Suzanne Webb), Baroness Goldie, and my hon. Friend the Member for Blyth Valley (Ian Levy). It is not often that a team stick together in Parliament or indeed in Government and, whatever happens over the next few months, it has been a privilege for me to work with all of them.

I am proud to have been part of that team and I would like to thank the Defence Secretary Ben Wallace MP and the Ministry for their brilliant work these last months. I am also proud to say that I remain in the team as their departmental whip.

Recess is soon to be upon us and MPs will be returning to their constituencies in the next few days. Of course, this does not mean our work has ended and I will be out and about across Stourbridge over the summer meeting with people, going to events and supporting anyone in need. This important work never ends. I hope I will see you over the next few weeks.